As a Peruvian that I am, I would like to share with you information about the “coca leaf” and the “coca tea” that is used in my country as well as in other South American countries.
Although we do know that with tons of coca leaves you can produce grams of cocaine through chemical laboratories. But a single coca leaf, what effect can it give?
Here I share some definitions x

Coca leaf products are an integral part of the lives of the Andean peoples from both a cultural and traditional medicine perspective.
Coca is also the whole plant from which cocaine is derived.
Coca products are thought to be a panacea for health troubles in regions of South America.
Coca is an indigenous plant of South America with numerous alkaloid components, the most well-known one of which is the psychoactive component, cocaine. Its leaves have been a staple in the Andean lifestyle for thousands of years. Strong interest in coca use has existed in the anthropological world for decades. Areas of study have not only attempted to understand traditional use during the Incan empire and coca’s role in folk medicine, but also focused on factors that influence the ability of this native tradition to continue in the face of increasingly strict regulations of coca production. Efforts have been made to understand the long-term Andean use of coca, with subsequent research examining the scientific basis behind local beliefs. This review will examine the history of coca production, its toxicity profile, and its varied uses throughout the centuries. It is important to note that although coca continues to be valuable to native Andean people for religious and cultural reasons, travellers to these regions need to be aware that there is a paucity of medical data supporting the safe use of coca.
The astute toxicologist should maintain an understanding of the cultural pressures experienced by contemporary travellers.
https://www.hindawi.com/journals/emi/2016/4048764/

This review will examine the toxicology of whole coca and will also look at medicinal applications of this plant, past, present, and future.
Coca is any of the four cultivated plants in the family Erythroxylaceae, native to western South America.
Coca is known worldwide for its psychoactive alkaloid, cocaine.
The plant is grown as a cash crop in Argentine Northwest, Bolivia, Colombia, Ecuador, and Peru, even in areas where its cultivation is unlawful.
Many myths surround coca.
Every day press accounts around the world use the word coca in their headlines, when in fact they refer to cocaine.
TNI’s Drugs and Democracy Team exposes the myths and reality surrounding the coca leaf.
Coca is a plant with a complex array of mineral nutrients, essential oils, and varied compounds with greater or lesser pharmacological effects – one of which happens to be the alkaloid cocaine, which in its concentrated, synthesized form is a stimulant with possible addictive properties.
While the coca leaf in its natural form is a harmless and mild stimulant comparable to coffee, there is no doubt that cocaine can be extracted from the coca leaf.
Without coca there would be no cocaine. The ‘ready extractability’ of cocaine from coca leaves is currently the major argument to justify the current illegal status of the leaf in the 1961 Single Convention.
The cocaine alkaloid content in coca leaf ranges between 0,5 and 1,0 percent.
Cocaine, was isolated about 1860 and was synthesized to be used in manufacturing popular patent medicines, beverages and “tonics” until the early years of the 20th century.
Concern about cocaine use began in many countries in the 1910s and 1920s, centred on dependence on the drug and subsequent “moral ruin”, particularly among the young.
Laws restricting the availability of cocaine saw a drop in consumption in most of the countries surveyed from the 1920s until the 1960s.
https://www.tni.org/en/primer/coca-leaf-myths-and-reality

What does mate de coca?
Mate de coca is a herbal infusion that is made by steeping coca leaves or teabags consisting of coca leaves in hot water.
This ancient drink has been traditionally enjoyed to treat altitude sickness, and due to the small amounts of alkaloids, it is also regarded as a slightly energizing drink.
Why Peruvians drink mate de coca?
In Peru, the herbal beverage is used to treat altitude sickness and help with digestion.
The herbal beverage has a greenish/yellow hue when fully steeped and is slightly bitter, similar to green tea.
Traditionally, the drink is served with the whole leaves loosely in hot water without teabags.
Mate de coca show up on a drug test?
A single teabag of Mate de Coca contains a significant amount of cocaine and a subject who ingests a cup of Mate de Coca tea may test positive for cocaine on urinary drug testing for at least 24 h following ingestion.
Coca leaves help altitude sickness?
Coca leaf tea is best used for the treatment of altitude sickness.
Something that many of the visitors to Cusco tend to experience.
The properties of the Coca leaf are considered a miracle medicine.
They are very effective in treating the symptoms of altitude sickness
How do you chew coca?
So, to chew the coca leaf, simply take a handful of leaves from your bag, put them in your mouth, and chew them into a soft pulp.
Then, tuck the pulp into your cheek, and let it sit there for a half hour or so.
If you choose to use yipta, remove a dab of this paste no larger than your fingernail.
How are Coca Leaves Used? Aside from the production of cocaine, South Americans enjoy chewing the leaves and using them for tea.
The green stuff, when mixed with saliva or steeped in hot water, releases an invigorating quality similar to a caffeine jolt
What happens when you smoke coca leaves?
The smoking of coca paste causes four distinct successive phases of mental disorder: euphoria, dysphoria, hallucinosis and paranoid psychosis.
It can produce severe intoxication, prolonged or relapsing psychosis and, in some cases, death
What are the benefits of coca leaves?
People chew coca leaves to relieve hunger and fatigue and to enhance physical performance.
Coca extracts are used for stimulating stomach function, causing sedation, and treating asthma, colds, and other ailments.
Coca tea is used for altitude sickness in the Peruvian Andes and elsewhere.
What is coca leaf drug?
Overview. Coca is a plant.
The leaves of the coca plant are the source of cocaine, which is an illegal drug that is used nasally, injected, or smoked for mind-altering effects.
Cocaine is also an FDA-approved Schedule II drug.
Are coca leaves illegal?
No. It is illegal to bring coca leaves into the U.S. for any purpose, including to use for brewing tea or for chewing.

Coca tea, also called mate de coca, is an herbal tea (infusion) made using the raw or dried leaves of the coca plant, which is native to South America.
Though also known as mate, mate de coca has very little in common with the yerba mate drink in South-eastern South America.
Mate de coca, also widely known as coca tea, is a herbal tea made from the plant of coca leaves.
In Peru, the herbal beverage is used to treat altitude sickness and help with digestion.
In South American countries, primarily Argentina, Bolivia, Colombia, and Peru, the drink is sold in many bars, street carts, and grocery stores.
The herbal beverage has a greenish/yellow hue when fully steeped and is slightly bitter, similar to green tea. 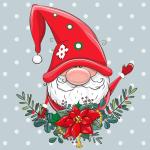