Angels are identified as something pure created by God ✨🙌✨ Although if some Angels of God moved away to be part of the Darkness.

Angel is a supernatural spiritual being who, according to various religions, is God’s servant. Abrahamic religions often depict angels as benevolent celestial intermediaries between God (or Heaven) and humanity. Other roles include protectors and guides for humans, and servants of God.
The idea of seven archangels is most explicitly stated in the deuterocanonical Book of Tobit when Raphael reveals himself, declaring: “I am Raphael, one of the seven angels who stand in the glorious presence of the Lord, ready to serve him.” Tobit 12:15
The Bible describes these beings as animal-human hybrids, tasked with guarding the garden of Eden against humankind. In the Book of Ezekiel, the prophet’s vision depicts them as having four faces: that of a lion, an ox, an eagle, and a human.
Jesus said: “See that you do not despise one of these little ones. For I tell you that in heaven their angels always see the face of my Father who is in heaven.” Matt 18:10.
However, there’s no evidence in the Bible, Torah, or the Quran that angels must earn their wings. Instead, the angels all appear to have received their wings purely as gifts from God.

Lucifer’s mother Aurora is cognate to the Vedic goddess Ushas, Lithuanian goddess Aušrinė, and Greek Eos, all three of whom are also goddesses of the dawn.
When the Archangel Lucifer Morningstar began his revolt in Heaven, he was hopelessly outnumbered. He was eventually defeated by his brother the Archangel Michael who used the Demiurgos (God’s power) to destroy his angelic forces.

Here are some DIY ideas to create your own Angels or Draw them: 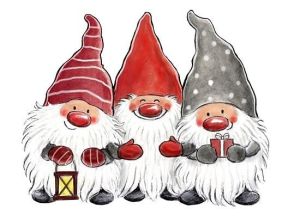